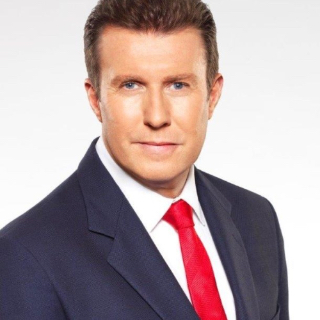 Peter Overton is an Australian television journalist and news reader and has worked at the Nine Network for nearly 30 years.

After studying a Bachelor of Economics at Macquarie University , he moved into the media to pursue his love of telling stories.  He began at Nine as a news reporter and in 2001 was appointed as a reporter for 60 Minutes where he travelled the globe for 8 years. In January 2009 Peter was appointed Chief News Reader of Nine News, Sydney. Peter has guided the news in the hotly contested 6pm timeslot to number one, a position the bulletin has dominated since 2011.

Peter has a strong sense of community and is patron and ambassador for many Australian charities. He and wife Jessica Rowe have been Ambassadors for Kookaburra Kids since 2013.